The Greatest Spy Movies of All Time

Recently I read an excellent book by Kai Bird called The Good Spy: The Life and Death of Robert Ames. I also re-watched the movie Munich, starring Eric Bana and directed by Steven Spielberg.

These stories reminded me of why I appreciate a good spy story whether they are fiction or non-fiction. Anyone who knows me well is used to me quoting Austin Powers now and then too so spy stories are ingrained in our culture.

Who doesn’t love a good spy movie or its complementing spoof?

I have compiled some of the best spy movies that exist and hope you all will go out and see them if you have not. I don’t expect you to agree with the entire list but my hope is you will be motivated to watch one of them or pick up a similar book.

I have created three categories of spy movies; fictional, historical, and comedies.

This was the return of “Serious Bond” and yet again resurrected the character through Daniel Craig. The world fell in love again with Bond. I grew up with Sean Connery and Roger Moore, my mom fell in love with Pierce Brosnan’s Bond, but Daniel Craig has sealed the serious bond that the world wants today. This whole post could be filled with James Bond films and it is worth a separate post in the future. 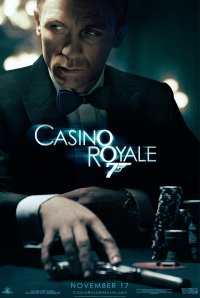 M: “I knew it was too early to promote you.”

Bond: “Well, I understand double 0s have a very short life expectancy… so your mistake will be short-lived.”

With any good series, you have to start at the beginning. I had to watch this three or four times to make sure I picked up on all of the details of this meticulously created movie series based on the original tv series. Ethan Hunt continues on in the latest and a close second favorite, Mission: Impossible – Ghost Protocol. 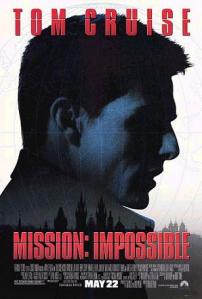 Eugene Kittridge: All right, Hunt. Enough is enough. You have bribed, cajoled, and killed, and you have done it using loyalties on the inside. You want to shake hands with the devil, that’s fine with me. I just want to make sure that you do it in hell!

If I were to recommend one, I would say to start with The Bourne Identity. Robert Ludlum created an amazing trilogy and it has even evolved into the latest notable extension, The Bourne Legacy starring Jeremy Renner. 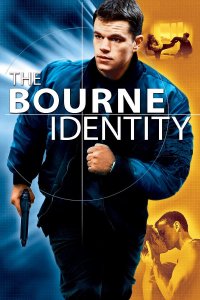 Jason Bourne: Who am I?

Conklin: You’re U.S. Government property. You’re a malfunctioning $30 million weapon. You’re a total catastrophe, and by God, if it kills me, you’re going to tell me how this happened.

4. The Hunt for Red October

This movie captures the brilliance of the Cold War through the lens of CIA analyst Jack Ryan. Created by author Tom Clancy, Ryan’s character evolves throughout the other books and movies but this is the first one that does him best justice. Since Alec Baldwin launched this franchise, Harrison Ford and Ben Affleck continued the character well. I fear the character may take a rest after a poor showing of the Chris Pine new version in January 2014. 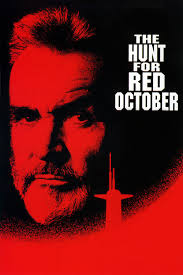 I recently re-watched Munich and appreciate it so much because it shows the modern-day blurred lines of fighting terrorism. After Black September’s assassination of Israeli athletes at the Munich Olympics in 1972, Prime Minister Golda Meir okays a black-box operation to hunt down and kill all involved. A team of five gathers in Switzerland led by Avner, a low-level Mossad techie whose father was a war hero and whose wife is pregnant. It’s an expendable team, but relying on paid informants, they track and kill several in Europe and Lebanon. They must constantly look over their shoulders for the CIA, KGB, PLO, and their own sources. As the body count mounts — with retribution following retribution — so do questions, doubts, and sleepless nights. Loyalties blur. 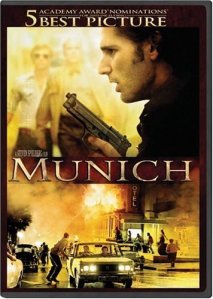 Golda Meir: Every civilization finds it necessary to negotiate compromises with its own values.

Avner: We can’t afford to be that decent anymore.

Robert: I don’t know if we were ever that decent.

This is one of my favorite spy movies because it chronicles the tumultuous early history of the Central Intelligence Agency. Many of the characters are based on actual agents and the movie is brilliantly casted with Matt Damon, Robert DeNiro, and William Hurt.

Edward Wilson: [Negotiating with an aging mobster] I could take the government off your back if you could help us,

Joseph Palmi: You’re the guys that scare me. You’re the people that make big wars.

Edward Wilson: No, we make sure the wars are small ones, Mr. Palmi.

A chronicle of the decade-long hunt for al-Qaeda terrorist leader Osama bin Laden after the September 2001 attacks, and his death at the hands of the Navy S.E.A.L. Team 6 in May 2011. The beauty of the story is that is focuses on the young female CIA analyst ‘Maya’ whose extreme dedication to finding Bin Laden is keeps you hooked. If you want to learn more about the actual mission to kill Bin Laden, read No Easy Day from one of the members of S.E.A.L. Team 6. 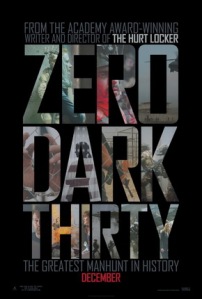 Maya: So, you agree with me now, this is important?

Tim – Station Chief: No, I just learned from my predecessor that life is better when I don’t disagree with you.

This is Schwarzenegger at his finest in the early 90s. Nothing beats the faux-spy Bill Paxton trying to explain himself to the agents.

Helen (his wife): Have you ever killed anyone?

Harry (Arnold): Yeah, but they were all bad.

Austin Powers in the late 90s captured the silliness of James Bond. The real star of the show was Dr. Evil, based on Dr. No but Mike Myers said the voice idea came from SNL’s creator, Lorne Michaels. 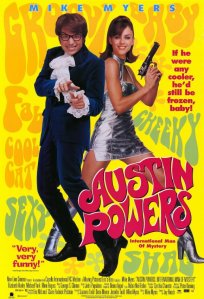 Dr. Evil: You know, I have one simple request. And that is to have sharks with frickin’ laser beams attached to their heads! Now evidently my cycloptic colleague informs me that that cannot be done. Ah, would you remind me what I pay you people for, honestly? Throw me a bone here! What do we have?

Dr. Evil: Are they ill tempered?

3. Austin Powers: The Spy Who Shagged Me

Who doesn’t love Fat Bastard and Mini-me? Nothing like adding an overweight Scottish brute to the mix and Dr. Evil small clone to make it fun. 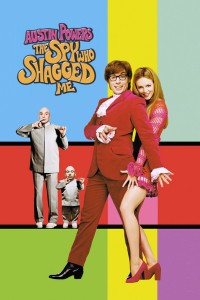 Number Two: Why not use your knowledge of the future to play the stock markets? We could make trillions.
Dr. Evil: Why make a trillion when we could make… billions?
Scott: A trillion’s more than a billion, numbnuts.

Top Secret is the best of the best from the Zucker brothers. It has the Naked Gun ridiculous humor and plays off some of the best spy and World War II films. Skeet shooting USA! 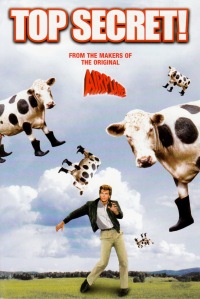 Hillary Flammond: I know a little German. He’s sitting over there.

Nick Rivers: I don’t think so.

Du Quois: Over there, Croissant, Souffle, Escargot, and Chocolate Mousse.

Patriot Games and Clear and Present Dangerr, Skyfall, North by Northwest, Confessions of a Dangerous Mind, Syrianna, Argo, No Way Out and Spy Game.

And I love The Departed but it is more of an undercover copy movie as opposed to a spy movie.

Biggest Disappointments: Tinker Tailor Soldier Spy and anything with Timothy Dalton in it.

What is your favorite spy movie?

Be the first to start the conversation!